Plant a tree in memory of Eleanore
An environmentally-friendly option 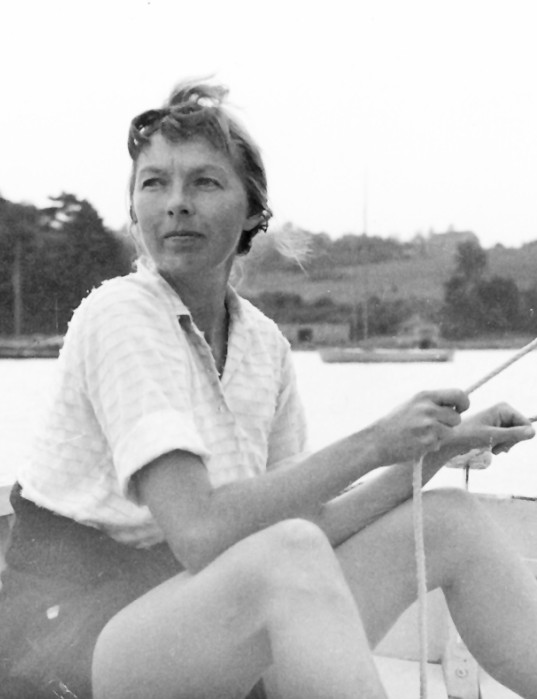 Eleanore Benson Carver died unexpectedly, but peacefully, on March 23rd, at the LincolnHealth - Miles Campus, with family by her side. She was 95 years old.

She was born in Laurel, Delaware, on May 15, 1925, the second daughter of Cecil R. and Eleonore Bie Benson. She grew up in Philadelphia, where her father had a lumberyard, during the Depression. Times were hard but standards were always high!

After high school she was enrolled first at the University of Pennsylvania and then at University of Missouri-Columbia, where she studied cell biology. During the summers she studied at the Marine Biological Laboratory at Woods Hole, a place she remembered fondly all her life. There she met Thomas Carver, a physics student hired as a photographer. They had many adventures on the  “Venture,” Tom’s Friendship sloop, and were married in 1951. After finishing degrees at University of Illinois-Champagne Urbana, they moved to Princeton, New Jersey, where they raised a family, and where Tom taught physics until his death in 1981.

Ellie’s many endeavors included working as a newspaper photographer, teaching college-level Introductory Biology, technical writing, and volunteering at the local juvenile correctional facility, among others. She loved choral music and was a member of several choirs, although she used to say they only let her in because she so badly wanted to join. She loved the New Jersey Pine Barrens and bog plants and wildflowers. In 1964 she and her family boarded a Norwegian freighter to live in England for a year, where she explored the English countryside with her trusty Rolleiflex camera.

In 1987 Ellie moved to Maine, where she and Tom had summered for many years. She threw herself into writing, gardening, and sailing. She journeyed to Wales to take a Welsh language course and to Laurel, where she explored her Delaware roots. She single-handedly sailed her beloved Herreschoff sloop out of Pemaquid Harbor well into her 70s. She joined a writing group which met for many years in her living room, delighting in the company of the like-minded friends she found there. She had a succession of much-loved cats.

She is survived by her son, Davis Carver and his wife Carla; daughter, Alison Carver; her grandchildren, Laurel (and Max) Averill, and Forrest (and Jaime) Carver; and her great-grandchildren, Azalea, Oliver, Reid, and Isla. She also leaves behind her sister, Josephine Manfredi; nieces, Carol Spelman, Suzann Kale and Emilie Cartoun; and many Bie cousins. She will be terribly missed.

A memorial gathering is planned for the summer. If you wish to make a donation, please consider CHiP, Inc. (The Community Housing Improvement Project), PO Box 6, Newcastle, ME 04553; or to Midcoast Humane, 190 Pleasant Street, Brunswick, ME 04011.

Arrangements are under the direction and care of the Strong-Hancock Funeral Home, 612 Main Street, Damariscotta, ME 04543.  Condolences, and messages for her family, may be expressed by visiting: www.StrongHancock.com.

Plant a tree in memory of Eleanore by clicking here.
To send flowers to Eleanore's family, please visit our floral store.

A service summary is not available

Plant a tree in memory of Eleanore
An environmentally-friendly option

Plant a tree in memory of Eleanore

7 trees planted in memory of Eleanore

Ah Ellie;What a pleasure t'would be with thee to pick out and place a tree.
Jeanne and Bill

A Memorial Tree was ordered in memory of Eleanore Carver by Jeanne and Bill.  Plant a Tree

Davis & Alison,
I am sorry for the passing of your mother, Ellie. She was a fine neighbor who shared her interest in the stone landing and fish house at her summer cottage.
My best, Walt

Dear Alison and Davis,
How sad it is to hear of your mother’s passing.  May your and all of our memories strengthen our lives.   I am now reminded and remember well her pleasant warm smile, her thoughtful, quiet, low-key presence, and a source of undeniable strength for her children.   I remember as well the homey Pemaquid Harbour cabin tucked away in the peninsula’s woods made so comfy and recognizable with all of you having made it so  over the years.
Hoping that you and yours are well,
Sincerely, Peter Knauss

In loving memory of and eternal gratitude to Aunt Ellie, and with our most heartfelt condolences to beloved cousins Alison and Davis, love always,
Suzann and Emilie
Emilie Cartoun and Suzann Kale 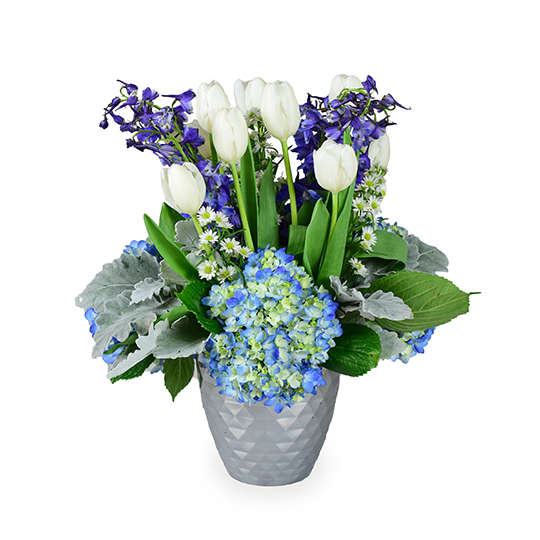 Down By the Sea was purchased for the family of Eleanore Carver by Emilie Cartoun and Suzann Kale.  Send flowers

A tree was also planted in memory of Eleanore Carver.

Plant a tree in memory of Eleanore